Experiences that span the spectrum from growing up in a Colorado small town to flight testing and reporting on cutting-edge aircraft and systems. 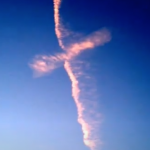 YouTube Photo by “rks101010” William B. Scott Around 3:00 a.m. on July 10, 2020, I received a priceless blessing from the other side. It came in the form of a profound, vivid dream that’s now burned into memory. It often plays as a mental movie, recalled at will. The Dream:  My wife, Linda, and I were standing on the sideline of a grass field, watching a group of people … END_OF_DOCUMENT_TOKEN_TO_BE_REPLACED 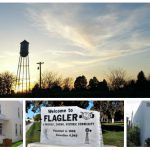 The 1950s were tough times in Eastern Colorado. Locals called them the Dirty Fifties, thanks to drought-fueled dust storms that stripped life-giving topsoil from fields, shredded winter wheat sprouts and buried barbed-wire, tumbleweed-choked fence rows in fine blow-dirt.  Worried farmers and ranchers, whose memories of the Great Depression and Dust Bowl Thirties were … END_OF_DOCUMENT_TOKEN_TO_BE_REPLACED 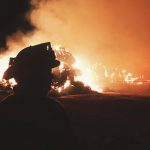 (Photo - KTVB.com - Kuna Fire) Fifty-some years ago, when I was a young buck working on a farm in Eastern Colorado, I learned a simple truth that ultimately had a profound impact on my life. My boss, Malcolm Shipman, was a diminutive Texan with a big heart. He and his wife, Judy, never had children of their own, but befriended every kid in town and always took in the stray … END_OF_DOCUMENT_TOKEN_TO_BE_REPLACED