The egregious, senseless murder of his eldest son forced Bill to become a national advocate for life-saving police reform. 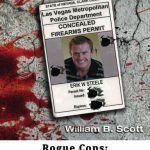 Once again, our cities are being destroyed in riots triggered by a police officer’s senseless, horrific murder of a citizen who posed no threat. And again, the news media and professional agitators have adroitly shifted the focus to “racism”. Yes, racism may have contributed to officer Derek Chauvin’s stupid decision to keep his knee pressed on George Floyd’s neck for 8 … END_OF_DOCUMENT_TOKEN_TO_BE_REPLACED 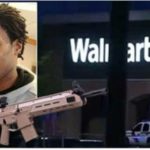 Three tragedies shine light on solutions to the officer-involved shooting crisis By Michael M. Bell and William B. Scott   Rarely does a month pass without U.S. cities erupting in protests and riots, after shootings­ by police officers. Far too many people—an average of three Americans per day, every day of the year—are dying as a result of contact with police. … END_OF_DOCUMENT_TOKEN_TO_BE_REPLACED 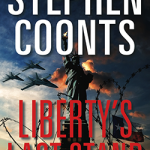 In Liberty’s Last Stand, a superb new novel by bestselling author Stephen Coonts, a series of Islamic jihadist terrorism attacks on American soil prompts the U.S. president to declare martial law, suspend Congress, sideline the Supreme Court, and start rounding up his political enemies. Texans refuse to go along with the president’s heavy-handed violations of the Constitution … END_OF_DOCUMENT_TOKEN_TO_BE_REPLACED 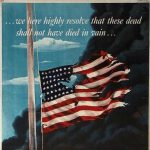 On this, the sixth anniversary of my son, Erik’s, execution-by-cop, America is in serious danger of exploding into chaos. The horrific murder of five Dallas police officers and the wounding of another seven this week triggered a profound sense of deja vu. Three years ago, I predicted this would happen, if cops continued to shoot and kill “civilians." From … END_OF_DOCUMENT_TOKEN_TO_BE_REPLACED

Guest Blog: Published on Zero Hedge (http://www.zerohedge.com) By Tyler Durden Created 12/21/2015 - 21:30 [1] http://www.zerohedge.com/news/2015-12-21/liberty-imperiled-welcome-cop-land If you’ve been listening to various police agencies and their supporters, then you know what the future holds: anarchy is coming -- and it’s all the fault of activists. In May, … END_OF_DOCUMENT_TOKEN_TO_BE_REPLACED