…. Early on a cloudless, blue-sky desert morning, Beamer and I strapped into an aging, polished-silver Lockheed T-33 Shooting Star and taxied to Runway 22. Known affectionately as the “T-Bird,” the straight-wing T-33 had been used as a spin aircraft for years, introducing countless USAF Test Pilot School students to the twisting, violent and disorienting world of spins.

We were soon at 20,000 feet, approaching a designated spin zone north of Edwards’ main complex. “SPORT,” the base’s spin-area control entity, cleared us into our assigned airspace. SPORT would keep other aircraft well away and provide ground-based, long-range cameras to tape-record each spin for postflight analysis and evaluation. From the aft T-33 cockpit, via intercom, I recapped the plan for our first maneuver, reviewing proper spin-recovery control inputs Beamer should use.

I turned the flight controls over to him, and talked the Marine into a nose-high stall, then the pro-spin stick and rudder inputs required to start the T-Bird spinning horizontally. Beamer complied, and soon the horizon was whipping by our canopy at a high rate, the T-33’s nose oscillating slightly, dipping below, then rising above the hazy line that marked the boundary of brown desert and blue sky. After a few stable orbits, I ordered the pilot to ease in counter-spin controls, cautioning him to be gentle, not overcontrolling.

Then all hell broke loose. In a moment of spin-induced confusion, Beamer jammed the stick into the wrong corner and stomped a rudder pedal, flipping the two-seat jet onto its back. We were still spinning, but upside down. With webbed straps biting into my shoulders, I grunted directions, but the stocky Beamer replied that he could barely reach the control stick and rudders. Shit! I told that jarhead to yank his straps up extra-tight! No matter. The Marine might get into a similar mess in the Hornet, and he’d have to get out of that one on his own. I decided to keep giving orders, rather than take control of the jet. It was all I could do to keep my paws off the stick and boots off the rudder pedals, but I was here to instruct, not do the flying.

Somehow, Beamer’s bassackward, poorly timed control inputs managed to start the T-33 tumbling, flipping end over end, while still also spinning. The g-forces hammering our bodies and the airplane were incredible, blasting from positive 4gs to negative 4gs — from crushing us into the ejection seats, forcing blood from our brains and threatening blackout, to throwing our helmeted craniums against the canopy. Negative g-forces are called “eyeballs out” maneuvers and are damned uncomfortable. A human being can tolerate nine or more positive gs, aided by the inflation of a g-suit that squeezes one’s legs and abdomen to help keep blood in the head. But a guy can only handle about two or three negative gs, before tiny blood vessels in his eyeballs start popping — and he literally sees red.

Cycling from -4 gs to +4 gs was brutally painful. We couldn’t tolerate much more of that nonsense. But before I could take control, the airplane’s innards started coming apart. The wing-to-fuselage structure strained, then failed partially, causing the wing to cock at an unusual angle. Somewhere in this air rodeo, the single, centrifugal-type jet engine tore loose from a few of its tie-down mounts, but kept running, albeit accompanied by a horrible screeching noise.

I barked at Beamer to get off the controls, that I was taking over. But the Marine had pegged his fun meter, and didn’t simply release the stick. He grabbed yellow-and-black striped handles beside each thigh, rotated them upwards, then squeezed the triggers in those handles. The fool tried to eject! As aircraft commander/instructor, I had not ordered an ejection. The bird was still flying, even though it was hurting, so I saw no reason to panic…yet. But Beamer’s seat did not fire, perhaps yet another casualty of the gawdawful beating the airplane and its occupants were taking.

At the time, I didn’t know Beamer had pulled his ejection handles, because the guy didn’t bother to tell me. I had my hands full, trying to wrestle the T-Bird back to controlled flight. We tumbled and flipped through 10,000 feet, rapidly headed toward the desert sand and sagebrush. Ten-grand was the prescribed minimum altitude to eject, if not under control, but I still had a few tricks left. I yanked the canopy-release handle, which blew the long, hump-backed plexiglass beast off and exposed Beamer and me to a vicious, battering wind. Even though I had the chin strap snapped and snugged up, with the oxygen mask cinched painfully tight against my face, the powerful wind immediately ripped my helmet off. I was vaguely aware that the red-and-white brain bucket was beating on the fuselage behind me, its oxygen hose still tied to a connector mounted on my chest-harness.

Blowing the canopy accomplished exactly what I’d hoped, though. It altered the T-33’s aerodynamics enough to regain control of the old bird. In a few seconds, I had us wings-level, still descending. But we were still in shit city. The wing jutted away from the fuselage at an odd angle, and our one and only engine was making unhealthy, very expensive noises. It didn’t respond well to throttle commands, either, so slowing our descent wasn’t an option. I eased the nose down to keep the airspeed up and maintain adequate flow over the control surfaces. In the front cockpit, Beamer’s head was twisting back and forth, and one hand was flapping, trying to get my attention.

Aviate, navigate, communicate. The old aviator’s ditty flashed through my mind. I had the T-Bird under control, but we wouldn’t be flying for long, given the engine’s sorry condition. Where’s the damned runway? Gently, I banked until the trainer’s nose was aimed at the long strip of concrete, then trimmed out now-heavy stick forces. I knew our silver bird might snap in two at any second, so gentle inputs was a front-of-the-brain priority.

Better give Eddy a heads-up, I flashed. Beamer was still agitated, but I didn’t have time to determine what the devil was bugging him. Clamping the stick between my knees, I used both hands to pull that flailing helmet back into the cockpit, released the chin strap and one oxygen-mask bayonet, then jammed the brain-bucket over my noggin. Hunkered down behind the instrument panel, out of the worst wind blast, I managed to get my mask reconnected. Over the intercom, I then yelled at Beamer to prepare for possible ejection.

“I tried to eject! The seat didn’t fire!” he screamed. I could barely hear him over the noise of a roughly 200-knot hurricane in our cockpits.

“You stupid….! I decide when we eject!” I yelled. Adrenaline, plus the gut-wrenching knowledge that Beamer couldn’t eject, turned me into a raging fool. Aloud, I cussed the Marine Corps, Beamer’s mother and the whole frappin’ universe of flight testing, I suppose. In parallel, I was thinking hard, trying to decide what to do. I called the Edwards tower, declared an emergency and informed other aircraft in the area that I would attempt to deadstick the ailing T-bird onto Runway 04. It would be close, but I had a gut feeling the wounded T-33 might make it. Frankly, I wasn’t too sure my ejection seat would function, since Beamer’s hadn’t, so I’d damn well better milk every altitude-and-energy tidbit out of the old girl.

Between a smidgen of flying skill and a wealth of good luck, I got the landing gear down and locked, rolling wings level just as the concrete overrun swept under us. I coaxed the nose up a tad and settled softly onto the west end of Runway 04 with not a foot of altitude or knot of airspeed to spare. Cautious braking brought the T-33 to a stop smack on the centerline. The engine was screeching horribly — and its temperature was skyrocketing. The powerplant could burst into flames at any second. I wasted no time stopcocking the protesting engine, praying that a fuel line hadn’t cracked and was spewing jet fuel on red-hot metal. A fire would ruin our whole day.

I scrambled from the rear cockpit and dropped to the ground, just as the first silver-suited firefighter reached the jet. I grabbed his shoulder, pulling his helmet-covered face close. I jabbed a finger at Beamer and shouted, “He tried to eject, but the seat didn’t fire! He’s on a hot seat!” The firefighter’s eyes widened. He raised a gloved, open hand at Beamer, telling the Marine to sit tight, then took off at a run, headed for a command vehicle. What I assumed to be a fire chief leaped out, spoke quickly to the first fire-guy, then started spitting orders into a handheld radio.

I moved away from the airplane, but stayed between it and the rescue team advancing on the T-33. The bird might catch fire, but I didn’t want some overzealous fireman accidently setting off Beamer’s hot seat, either. Flashing red lights and bellowing motors of behemoth, lime-green fire trucks assaulted my already cranked-up senses. A dull, muffled roar in both ears made hearing difficult, thanks to the wind-beating my cranium had taken in the air. I turned to catch Captain Beamer’s wide eyes locked onto mine. I couldn’t resist. I just shrugged, turned and walked away, angling toward a blue staff car braking near the now-stationary trucks. Firefighters manned gun-like rigs atop two of the massive vehicles, ready to coat the T-Bird in white, fire-smothering foam, if they detected a lick of tiny flame.

“Captain! You alright?” a worried full colonel yelled, exiting the staff car. As the test wing commander, he “owned” all Edwards aircraft.

“Yessir. But I’m afraid your airplane’s screwed,” I said.

The colonel flicked a hand toward Beamer, still sitting in the no-canopy, T-bird convertible. “And your Marine?”

“Hell, I don’t know, sir,” I replied, turning to face my student. Beamer was frozen, his helmet still on. He’d carefully raised his sunglass-like colored visor, but hadn’t released his seat straps, afraid to move. “The dumbass tried to eject, but the seat didn’t fire.”

“Aw, crap!” the colonel breathed. He hesitated a long beat. “That seat could fire on its own, if he even farts. Anything else we should know?”

“Nope. It’s his own damned fault, sir. He’s a smart dude. Let him figure out how to get off his hot seat,” I said. I turned my back to the T-Bird so the scared-witless pilot couldn’t see my huge grin. The colonel shot me a dark look of disgust. He clearly didn’t share my sense of humor. … [continued…]

Retired as the Rocky Mountain Bureau Chief for Aviation Week & Space Technology, after a 22-year career with the aerospace magazine. Former U.S. Air Force officer; Flight Test Engineer graduate of the USAF Test Pilot School; civilian pilot—Commercial certificate with Instrument and Multiengine ratings; logged ~2,000 hours of flight time in 80 different types of aircraft; Bachelor of Science in Electrical Engineering; married to Linda, father of two wonderful sons, Erik and Kevin. Author of "The Permit"; contributor to "License to Kill: The Murder of Erik Scott"; coauthor of "Space Wars: The First Six Hours of World War III," a sequel, "Counterspace: The Next Hours of World War III", and "Inside the Stealth Bomber: The B-2 Story".
View all posts by Bill Scott →
The Permit 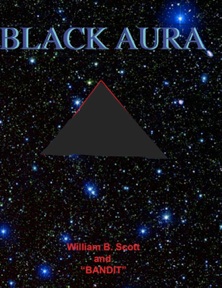