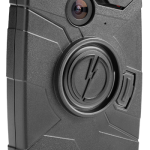 BUTCH COMEGYS/AP   Between May 1, 2013, and October 18, 2014, U.S. police officers had killed 1,628 people, based on news accounts and “corporate” reports assembled by the dedicated trackers at KillingByPolice. At least 875 citizens have been killed, since January 1, 2014. Cops are now killing Americans at the rate of three per day, every day of the … END_OF_DOCUMENT_TOKEN_TO_BE_REPLACED