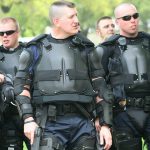 “You only have power over people so long as you don’t take everything away from them. But when you’ve robbed a man of everything, he’s no longer in your power – he’s free again.”  Aleksandr Solzhenitsyn, The Gulag Archipelago (1918-1956) Today’s police officers have a serious image problem. Many of them look and act like cocky, bulked-up gang-bangers, who are juiced on … END_OF_DOCUMENT_TOKEN_TO_BE_REPLACED

BUTCH COMEGYS/AP   Between May 1, 2013, and October 18, 2014, U.S. police officers had killed 1,628 people, based on news accounts and “corporate” reports assembled by the dedicated trackers at KillingByPolice. At least 875 citizens have been killed, since January 1, 2014. Cops are now killing Americans at the rate of three per day, every day of the … END_OF_DOCUMENT_TOKEN_TO_BE_REPLACED 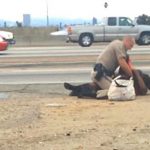 (CBS) by William B. Scott The Permit A media firestorm erupted, after hotel security video showed a National Football League star, Ray Rice, slugging his then-fiancee in the head, knocking her out. Rice then dragged her from an elevator. That despicable act of violence prompted NFL officials to suspend Rice indefinitely, effectively banishing him from playing pro … END_OF_DOCUMENT_TOKEN_TO_BE_REPLACED