Today marks the tenth anniversary of my son, Erik Scott, being ruthlessly gunned down at the Summerlin Costco big-box store in Las Vegas, NV. His primary executioner was William Mosher, a scared-stiff, amped-up, substandard police officer, who should never have been issued a badge by the Las Vegas Metropolitan Police Department (Metro).

Erik was legally carrying a concealed weapon, which was spotted by a Costco employee. He reported it to Shai Lierley, the store’s low-functioning Loss Prevention Officer. A wannabe cop, Lierley violated his manager’s directive and called Metro, inexplicably ratcheting-up the “danger” posed by a customer carrying a firearm, then shadowed and eventually pointed out Erik to the decidedly incompetent, frightened, trembling officer at the store’s exit—Bill Mosher. The startled cop wheeled around, shouted three conflicting commands and fired, all within TWO SECONDS.

I believe that Mosher had mistaken the Blackberry smartphone in Erik’s hand for a gun—and panicked, as was his norm. The cop’s first bullet struck Erik in the heart, killing him instantly. A second round plowed into Erik’s right thigh, about halfway between the knee and hip. As my dying son fell face-down on the concrete, two other cops (positioned at the other Costco doorway) opened up, firing another five bullets into Erik’s back. One round went through Erik’s buttock and embedded itself in the bladder.

What ensued thereafter was an unadulterated, jaw-dropping cover-up to protect three killer-cops, a disgustingly corrupt sheriff’s reelection campaign and Metro’s unbroken record of officer-involved fatalities spanning 40 years. With more than 350 dead victims to LVMPD’s credit, not a single Metro officer has been found at fault. Always “Justified.” That’s the Las Vegas Metro way.

The cover-up of Erik’s murder was orchestrated by then-Captain Patrick Neville, one of the most heartless beings to ever wear a badge. His own colleagues—good cops that helped us tremendously—said, “A lot of bones bleaching in the desert were put there by Pat Neville.”

Clearly, a well-oiled, county-wide, Cartel of Corruption machine was in place to protect Metro’s killer-cops, and it performed flawlessly. The sordid details are memorialized for infinity in two books: “THE PERMIT,” a novel based on actual events, and “LICENSE TO KILL: THE MURDER OF ERIK SCOTT,” the gripping, nonfiction account, cowritten with former police officers. With laser-like precision, LICENSE TO KILL obliterates the sloppy Metro “investigation” and decimates the department’s false narrative.

Ten years after my eldest son’s murder-by-Metro, Erik’s killers and their cover-up accessories-to-crime have never been held accountable. Las Vegas Metro cops continue to kill with impunity and get away with it. Not a single LVMPD officer has ever been charged, tried or imprisoned for shooting and killing.

I’m often asked how my family and I feel about being denied a shred of justice for Erik. I’m still furious, although the anger has diminished. My wife and other son choose to forget and look the other way, their means to avoid the pain of accepting that Erik will never share Christmas, Thanksgiving and his own birthday with us. Never know the joy of playing ball and video games with two terrific, talented nephews. Never have children of his own. Never have a chance to strive for the lofty goals he always set and routinely achieved.

The hole in our hearts is still there. Time only smoothes the ragged edges. For our own well-being, we’ve forgiven those who took Erik’s life. I’ve forgiven Bill Mosher for making a deadly, utterly stupid mistake. I’ve forgiven Tom Mendiola, the corrupt cop who fired four rounds into Erik’s back, and Joshua Stark for firing one bullet into Erik, as my son was dying. I’ve even forgiven Evil Neville, the cover-up maestro who rose to become a Metro undersheriff, before retiring. Human beings make mistakes; none are perfect and all warrant forgiveness.

However, I readily admit that, if an errant Mark-82 500-lb. bomb unleashed by an F-16 fighter from Nellis AFB accidentally removed Mosher and Neville from the planet, no tears would be shed by hundreds of Erik’s family, friends, West Point classmates, and professional colleagues. Civilized America would be better without them. Sorry, but I’m still human and feelings die hard.

However, forgiveness doesn’t fix the epidemic of police brutality plaguing the nation. Recently, America was ripped apart by thousands of protestors and agitators, after George Floyd was murdered by Minneapolis police officers, all of whom would be right at home in Las Vegas. Maybe, just maybe, one or more of those cops will be found guilty and serve time. But only because Floyd was a black citizen. Las Vegas Metro cops also have killed hundreds of white guys, like Erik, but those victims barely rate a yawn from activist news media and Hollywood elites. Focusing on “race” ignores the more-critical issue that cops kill more than 1,000 Americans every year—an average of three per day, every day of every year. And I can assure that Metro’s rogue cops clearly are not racist; they’ve proven to be color-blind, equal-opportunity killers.

Although I can forgive, I won’t forget. Ten years later, I can’t forget that crooked cops took Erik’s gun off his body and placed it on the ground in front of Costco—still firmly tucked into its inside-the-belt holster. Or that AMR ambulance EMTs recorded finding that gun on Erik’s corpse. I can’t forget that Pat “Captain Coverup” Neville ordered Clark County Deputy Public Administrator Steve Grodin (a former Metro cop) to break into Erik’s home and steal several guns. I can’t forget that Neville and Grodin conspired to obtain a “second gun” to explain how Erik’s .45-caliber Kimber could be on the ground at Costco, “proof” that the victim had drawn it, and a gun could be found on Erik’s body in the ambulance. I can’t forget that these arrogant Metro officers really thought citizens would believe such a preposterous “he-carried-two-guns” lie.

I can’t forget that a slew of police officers flagrantly lied to “investigators” who openly coached the shooters to make statements consistent with Neville’s still-developing narrative. Or that dozens of witnesses were cherry-picked to ensure those supporting Metro’s false account of the shooting would be called to testify at the inquest hearing two months hence. Or that sharp-eyed, honest witnesses either were told to just go home, or their full statements weren’t captured, thanks to detectives’ tape recorders “accidentally” being turned off.

I can’t forget the nauseating Cop-Clearing Circus that passed for a Clark County Coroner’s Inquest Hearing, a one-sided, carefully orchestrated mockery of justice designed to exonerate three officers and avoid being charged with at least second-degree murder. Or the staggeringly corrupt Assistant District Attorney prosecutors that controlled the inquest hearing, selecting and calling numerous witnesses who bolstered Metro’s false narrative. Or that we, the victim’s family and lawyer, were silenced, not permitted to challenge witnesses’ falsehoods and prosecutors’ manipulated or manufactured “evidence”.

From this ten-years-later perspective, I’m convinced that Metro’s decades-long rampage of murders, crimes, misdeeds and pervasive corruption will destroy not only that pitiful excuse for a law enforcement agency, but Las Vegas itself. This Spring, when Vegas was shut down by the Covid-19 pandemic, Metro cops’ killing spree never hiccuped. With or without a pandemic, LVMPD cops routinely kill 10 or more people almost every year. And they always get away with it, a fact that attracts psychopaths and sociopaths to Metro’s ranks. These savages endanger both citizens and good, honorable police officers.

Sin City has thrived by offering and fulfilling every twisted, disgusting, horrifiying fantasy known to man, but its day of reckoning is coming.  How and when only God knows. But it’s coming. 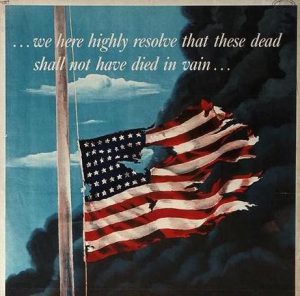